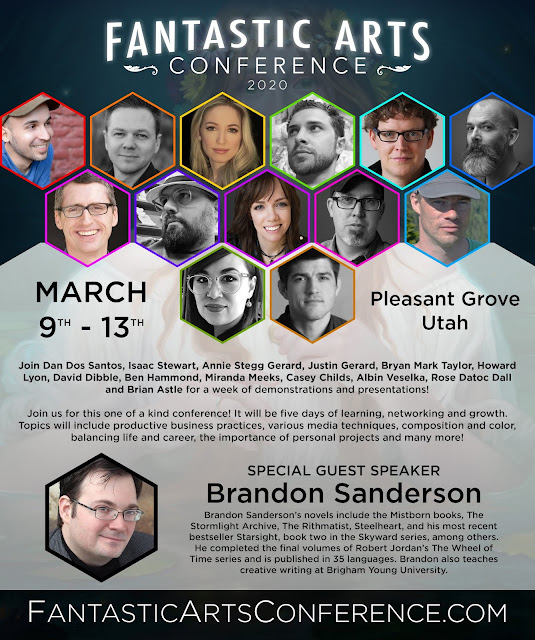 We’re excited to present a new idea in educational and networking opportunities for those who create fantastical art!

Join us in beautiful Utah for this first of its kind conference bringing top talent together to share what they know. Come and learn from a series of carefully curated lectures and demos designed to help you along in your career as a creator.


It will be five days of learning, networking, and growth. Topics will include productive business practices, various media techniques, composition, and color, balancing life and career, the importance of personal projects and many more! 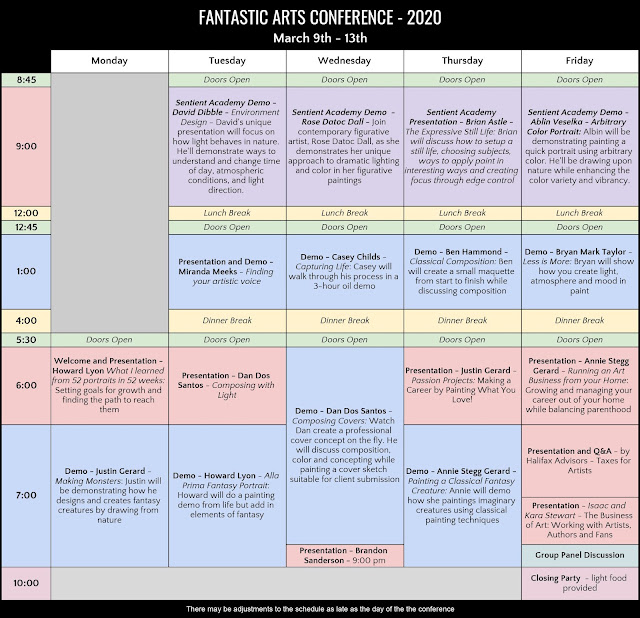 You will also have the opportunity to sign up for a personalized portfolio review. Our final evening together will begin with a question and answer session with the presenters and time to network and munch on some food.

Some of the topics to be covered will be using photography and digital tools in creating art; painting the fantasy head; composition, color, and light; using multiple media in a single piece; selling your creations; painting imaginative portraiture; creating narrative art; drawing creatures and more!

The Hyatt House will be hosting this conference. The address is 544 S Pleasant Grove Blvd, Pleasant Grove, UT 84062. Rooms will be available for our participants at a discounted rate, we will have more information for those interested. There are also many AirBnb options in the area. We are happy to help with any travel questions you may have. 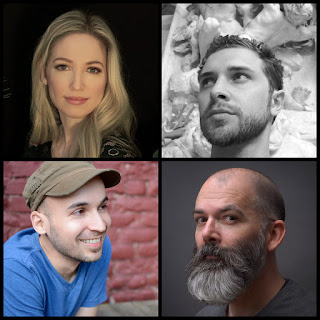 Annie Stegg has been painting whimsical illustrations from early childhood, through her professional career did not start until 2004 when she graduated with a bachelor’s degree in art.   Her works encompass a wide variety of mediums, including both two and three-dimensional forms.  Specializing in character design and development, her goal is to create unique images that tell a story.
Her illustrations have been featured in various games and publishing clients including Ballistic Publishing,  Apple, Android, Hi-Rez Studios, Tiki Games, Addicting Games, and SPIL Games. In addition to these commissioned projects, she spends most of her time creating her own personal body of work which is inspired by folklore, mythology, and nature.   Her signature works include fanciful depictions of women and animals.  Annie strives to create images that will evoke emotion and imagination in the viewer.  She believes that in order to gain a better understanding of oneself, it is important to be open to others’ perceptions.  Art is just another way to express an emotion or ideal; a visual method of communication that depicts things that words cannot express and connects people through insight.

Most of Annie’s work is done in acrylics, but she also works in oils, color pencils, and watercolor.  She currently resides in Northern Georgia.

From the moment that Justin Gerard first learned that the crayons were meant for coloring and not for eating, he has been drawing.
He began painting later in life after he found a Step-by-Step Graphics guide on Peter de Sève. Armed with this and inspiration from the works of Arthur Rackham and the Golden Age illustrators he began creating narrative-driven images to inspire himself and others.
Justin has a special love for the Golden Age illustrators. He has made a long and detailed study of their brains in an effort to distill their collective genius into a drink, which he might sell for millions.
While Justin has always derived a great deal of inspiration from nature and human history, his favorite source of inspiration is story. The works of J.R.R. Tolkien and C.S. Lewis have remained constant sources of inspiration for him throughout his career.
Justin gave up a life of gambling, piracy and horse-thieving in 2013 to marry Annie Stegg.

Well known for his colorful oil paintings, most often depicting strong women, Dan dos Santos' work spans a variety of genres, including novels, comics, film, and video games.
He has worked for clients such as Disney, Universal Studios, Activision, Boeing Aircraft, Scholastic Books, The Greenwich Workshop, Penguin Books, Random House, UpperDeck, Hasbro, DC Comics, and many, many more.
Dan has been the recipient of many awards. He is a ‘Rhodes Family Scholarship’ winner, a five-time ‘Hugo Award’ Nominee for Best Artist, and has received both Gold and Silver Medals from ‘Spectrum: The Best in Contemporary Fantastic Art’. His illustrations have graced the #1 spot on the New York Times Best Seller list numerous times and his covers are seen in bookstores in dozens of countries around the world.

Howard Lyon is an artist that was born and raised in Mesa, Arizona. He is the youngest of five children.  Howard had very supportive parents, who even when he was very young, made sure he had the materials and education to hone his talents. While attending high school Howard met his wife, Shari Lunt. They now have three children and reside in Utah.

Howard began his career studying illustration at Brigham Young University working with artists such as Robert Barrett, Don Seegmiller, Richard Hull and Ralph Barksdale. Over the past 20 years he has worked in the video game industry as an Art Director, concept artist and freelance illustrator.  For much of his career he has painted dragons and trolls or scenes from science fiction.  His work can be found in products from Dungeons and Dragons books, World of Warcraft cards, Magic: the Gathering and Star Wars.   He also writes for the Fantasy Art blog Muddy Colors and has recently been doing work for Brandon Sanderson's books including Mistborn, Warbreaker, The Stormlight Archive, and the covers for Dreamer and Snapshot 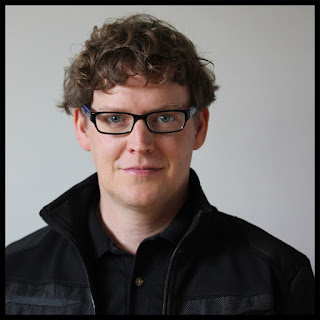 A painter, lecturer, inventor, and world traveler Bryan Mark Taylor is a true renaissance man. As a painter, Bryan has won numerous top awards in national and international shows including 2nd place in the 2018 ARC Salon and his work has been shown in museums across the country. He has been featured in Fine Art Connoisseur, Plein Air, Southwest Art, American Art Collector, Imagine FX and American Artist Workshop magazines.

Bryan has had many successful one-man shows and has been featured in numerous group shows and recently won a gold medal at the California Art Club’s Gold Medal show. Bryan is represented by galleries in California, Colorado, and Utah and his work is found in private, corporate and museum collections around the world.

Bryan is a sought after teacher and lecturer has taught courses around the country including the Academy of Art University, Pixar and the Scottsdale Artists School. Bryan was a featured speaker at the 2012-2016 Plein Air Conventions and developed an online landscape and cityscape painting course for sentientacademy.com.

As an inventor, Bryan has developed a premier outdoor painting system called the STRADA Easel which is used by plein air artists worldwide. Bryan has traveled around the globe carefully observing and capturing nature’s everyday miracles. Bryan was born in Portland, Oregon. He received his BA from Brigham Young University in 2001 and his MFA from the Academy of Art University in 2005. He currently lives with his wife and four children in Alpine, Utah. 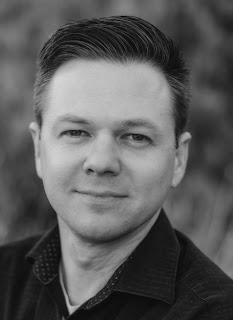 Isaac Stewart worked over a decade in the animation, video game, and book design industries before becoming the art director for Dragonsteel Entertainment. In addition to his work at Dragonsteel, Isaac has created maps and symbols for some of the world’s most-renowned fantasy authors, including Tad Williams and Brandon Sanderson. Isaac lives in Utah with his wife, children, and a couple of cats. His children's board book, which he wrote and illustrated, Monsters Don't Wear Underpants: A Lift-the-Flap Book will be published by Familius in August 2020. Visit his Instagram for updates and silliness: izykstewart 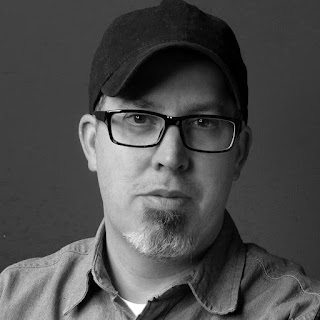 Casey Childs is an internationally recognized artist known for his beautiful portrait and figure work. Casey has won major awards from organizations such as the National Portrait Society of America and the Oil Painters of America, including the gold medal at the 27th National show of the Oil Painters of America. Casey will be doing a 3-hour oil painting demo at the conference that should be educational and insightful. 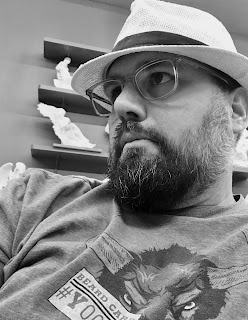 Ben’s sculptures have been included in many juried shows throughout the country, and he has been the recipient of numerous awards. In 2015, he was awarded the Gloria Medal and the Beverly Hoyt Robertson Memorial Award and in 2013, he received the Bronze Medal Award at the National Sculpture Society’s Annual Awards Exhibition. He received Best of Show Bronze for six consecutive years (2010-2015) from SculptureWalk in Sioux Falls, South Dakota. Ben was selected to compete in The National Competition for Figurative Sculpture where he was awarded the prestigious Charlotte Geffken prize in 2010 and 2011. For three consecutive years (2008-2010) he was awarded the Dexter Jones Award for his work in bas-relief from the National Sculpture Society. 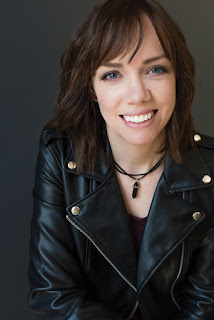 Miranda Meeks is a professional illustrator known for her haunting and ethereal digital illustrations. The primary focus of her work centers around the idea that beauty and darkness can weave together to form an intriguing narrative. She captures moments of stillness and silence, often evoking a melancholic mood or a feeling of subtle tension. Depicting women with strength and power is a recurring theme, as she strives to present images that help to empower women and girls to feel that same sense of strength. Soft overcast lighting, fluid elements, and delicate gradients are also featured prominently in her work, which intensifies the atmosphere of otherworldliness and solitude. 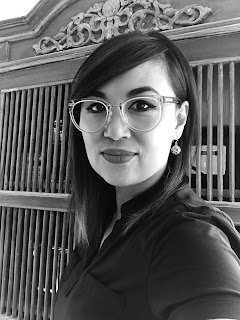 Filipina-American artist, Rose Datoc Dall was born in Washington, DC and raised in Northern Virginia. She received her BFA from Virginia Commonwealth University School of the Arts in 1990. Mrs. Dall is predominately a contemporary figurative painter. Rose's figurative work is distinctive for her graphic compositions, her unconventional use of color and her linear graphic sensibility. Rose is also known for her body of religious artwork in addition to her figurative work. 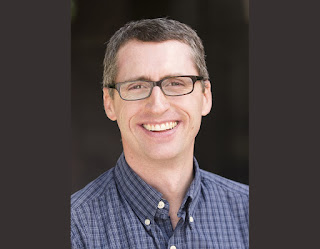 David Dibble (b. 1977) was raised on a farm in Davis County, Utah, where he was influenced by the landscape from an early age.  Formal Art education was followed by six years as a color artist for Blue Sky Studios (20th Century Fox), and six years teaching Illustration at Brigham Young University. 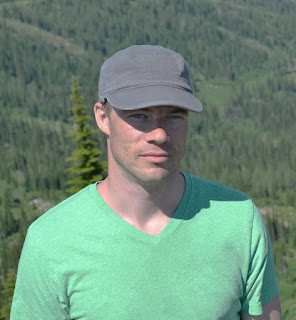 Born in 1979 in Wyoming and living most of my life in Idaho my interest in art came at about six years old. I am very grateful to my parents who were instrumental in encouraging my interest and development in art even when resources were scarce.

In 2006 I received my BFA from Brigham Young University Idaho. I credit the knowledgeable and student oriented faculty of the BYUI art department for giving me "the tools all representational artist must have to open the door to communicating in the visual arts". Early in my career I also received direction which helped me break into the gallery scene while I was a college student. Since then I have continued in developing and have been blessed to receive recognition and honors that have aided my progress. 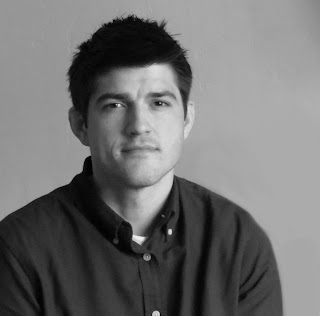 For the workshop, I want to focus on creating an expressive still life. I want to talk about different ways of approaching applying paint in interesting ways in order to develop a painterly look. I will talk about tools, surfaces, and the ideas behind making compelling still life images. This will include a short talk about setting up a still life, choosing objects to paint, and creating and maintaining a focal point through edge control. The goal is to help people discover their own artistic voice through making informed choices. 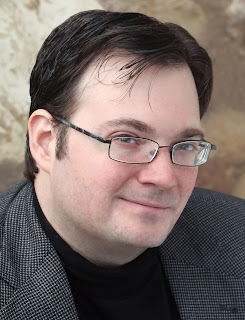 Brandon Sanderson has published numerous novels with Tor—Elantris, the Mistborn books, Warbreaker, The Stormlight Archive, and the young adult fantasy The Rithmatist. Five books have been published in the middle-grade Alcatraz vs. the Evil Librarians series. The Reckoners trilogy, which concluded with Calamity in 2016, was released by Delacorte. He was chosen to complete Robert Jordan’s Wheel of Time series; the final book, A Memory of Light, was released in 2013. His most recent bestseller, Starsight, book two in the Skyward series, was released in last 2019. Currently living in Utah with his wife and children, Brandon teaches creative writing at Brigham Young University.